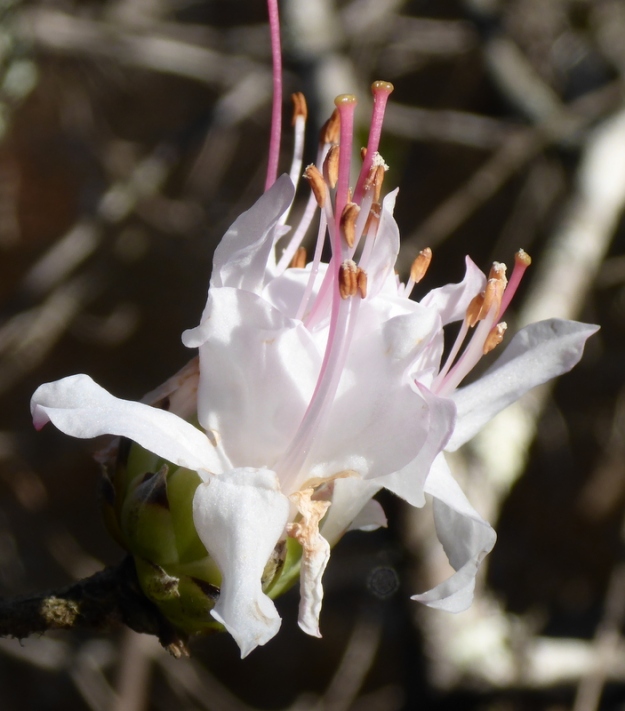 Around a particular bend in Womack Creek, always, a pinxster azalea bush sets out its blooms — in December.

Other pinxsters on that creek start blooming in March through early May.  This one is either early or very late.

It never fully opens like the ones which bloom at the customary time.  Some years it shows heavy frost bites, but it struggles to bloom.  So far this is a good year.

Some like to make examples of what we see in nature.  This shrub can certain suggest metaphors.

We, however, always look forward to seeing it bloom, sometimes struggling, sometimes not.

If I could learn brevity — it probably deserve a haiku.